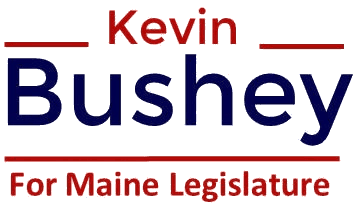 In a recent video, Greg Hunter interviewed former CIA operative and whistleblower Kevin Shipp. Shipp stated “There is essentially a civil war involving parts of senior management and upper parts of our government that is occurring in the United States. It’s between the ‘Dark’ side and the ‘Constitutional’ side. There has never been anything like this in history. . . . People need to understand that the Democrat Party today is not the Democrat Party of John F. Kennedy. The Democrat Party with Barack Obama and Hillary Clinton is more Marxist than anything else. They think the Constitution should be a ‘progressive’ document. In other words, the Constitution is outdated and should be redone. They are both directly connected into George Soros, who wants to destroy the sovereignty of the U.S. government. . . . The Democrat Party is now made up of Marxists and leftists that have penetrated that entire organization. . . . Their entire goal is to change our form of government and destroy our sovereignty.”

As I write this note just before May Day, the day celebrated by communists, atheists, witches and pagans alike, I share with you that there is no difference between the Democrats in D.C. and those in my state of Maine.

As an example, my Democratic opponent co-sponsored a bill to make Female Genital Mutilation a felony in Maine, then at the final vote, he voted against the bill. The bill was killed by the Democrat majority who all voted lockstep to kill it.  This is exactly the “Dark side” Mr. Shipp refers to right in my back yard. Democrats play games to hide their true intentions!

The fight for the existence of our federal constitution is a fight for state constitutions too!  There are conspirators everywhere and the swamp is deep everywhere.  We must elect to public office those who will fight to restore federal and state constitutions and expose the swamp for who and what they are!  This is why I am running for a Legislative seat in Maine’s Legislature. You may appreciate the fact that it takes not only hard work and effort to run a campaign but also funds.

That is why I am reaching out to you today.  If you are tired of the swamp continuing to rule our lives, and erode our liberties and freedoms, then consider assisting me in my campaign to help drain “the Maine Swamp”. Maine is a key state in our country, and I know you’ve heard the phrase, “As Maine goes, so goes the nation”.  President Trump knew this all too well as he came to our Second District four times before winning his election hoping to win one electoral vote, which he did!

Individual donations in Maine are limited to a maximum of $400 per person, and any donations up to $50 are not reported individually.  My opponent elected to use taxpayer funds to run for office. I didn’t.  I will beat him with funds from Patriots and We The People.

Please visit my website at: http://kevinbushey.com and donate today! And for those in the district, I ask for your vote on November 6th so that I can head to Augusta to start the process of draining Maine’s swamp!

Thanks for your help and donations!

Approved by the Candidate for distribution.