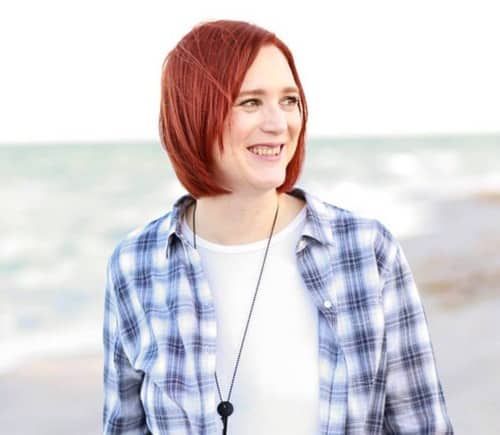 “I am raising up radical spiritual warriors who will operate in radical obedience and press past radical enemy assignments against radical breakthrough.” That’s one line from a prophetic word the Lord recently shared with my heart about radicals rising in this season of restoration.

The Israelite army was walking in radical fear in the presence of a radical enemy named Goliath. The Philistines considered him a champion of war. Bible historians figure Goliath could have been as tall as 10 feet—and he stood at the battle line for 40 days, provoking Israelites to send a man to fight with him in the valley (see 1 Samuel 17:1-16).

When David arrived on the scene carrying provisions for his brothers at the battle line, he saw the fear-stricken Israelites cowering in the face of giant threats from a radical enemy. Saul was promising a radical reward for the man who defeated Goliath: “It will be that the man who kills him, the king will enrich him with great riches, will give him his daughter, and will make his father’s house exempt from taxes in Israel” (1 Samuel 17:25b). (Photo via Wikimedia)

Discerning the fear in the hearts of the soldiers and with his eyes on the prize, the teenaged David—a ruddy boy about half the height of Goliath—declared something radical: “Let no man’s heart fail because of him. Your servant will go and fight with this Philistine” (1 Sam. 17:32). And so he did. The radical enemy’s first tactic was prophesying fearful curses over David. Imagine the scene in 1 Samuel 17:41-44:

David could have taken Goliath’s words to heart—but he chose to flip the script. He got God’s heart on the matter and prophesied some radical words back to his radical enemy in 1 Samuel 17:45-47:

“David said to the Philistine, ‘You come to me with a sword, a spear, and a shield, but I come to you in the name of the Lord of Hosts, the God of the armies of Israel, whom you have reviled. This day will the Lord deliver you into my hand. And I will strike you down and cut off your head. Then I will give the corpses of the Philistine camp this day to the birds of the air and to the beasts of the earth so that all the earth may know that there is a God in Israel. And then all this assembly will know that it is not by sword and spear that the Lord saves. For the battle belongs to the Lord, and He will give you into our hands.”

And so it was. David struck the Philistine with one stone from his sling, then cut off his head. David’s radical prophesy manifested almost immediately.

Prophesying Radical Words to Your Enemies

So, how do you prophesy radical words over your spiritual enemies? Take a page from David’s play-book. David turned Goliath’s false prophesy and word curses around. (Photo via Wikimedia)

1 Samuel 17:44: “The Philistine said to David, ‘Come to me, and I will give your flesh to the birds of the heavens and to the beasts of the field.'” David prophesied back, “I will strike you down and cut off your head. Then I will give the corpses of the Philistine camp this day to the birds of the air and to the beasts of the earth so that all the earth may know that there is a God in Israel” (verse 46).

Many times, you can determine what the Lord wants to do in your life by the vain imaginations and accusations coming against your mind. When the enemy whispers to your mind or screams at your soul, speak the opposite of what the enemy is saying to you. Prophesy God’s will over your life. The true prophetic word always trumps the false prophetic word—when you release it.

You don’t need a “prophetic word” to prophesy God’s will—His will for your life is in His Word. Prophesy what God’s Word says about you and what belongs to you. You will prevail! (To Subscribe to the Elijah List subscribe here.)

Used by permission via Charisma News.

Jennifer LeClaire is founder of Jennifer LeClaire Ministries and director of Awakening House of Prayer in Fort Lauderdale, Florida; co-founder of AwakeningTV.com, on the leadership team of the New Breed Revival Network; and author of several books, including The Next Great Move of God: An Appeal to Heaven for Spiritual Awakening; Mornings With the Holy Spirit, Listening Daily to the Still, Small Voice of God; The Making of a Prophet and Satan’s Deadly Trio: Defeating the Deceptions of Jezebel, Religion and Witchcraft.